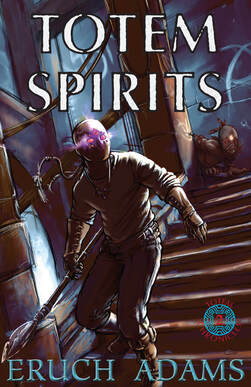 Totem Spirits
Totem Chronicles Book 2 - Now on SALE
Novel - Contemporary Fantasy        215 pages
​
​TOSH CLOUDTREE flees the law leaving behind the aftermath of death and destruction on the Hopi reservation in Arizona. His mission: travel all the way up to Seattle to rescue Calvin, his comatose brother, from the militant Native Reclamation Movement. Unfortunately, Tosh rides with Gulf war veteran, Uncle Dino, in his antique truck, max speed 55 MPH. On this spiritual odyssey, Tosh must come to terms with his new role as Kaletaka, protector of the people, while the animal spirits he meets bestow gifts that make him a living Totem.
With Calvin under the control of the Two-Hearts shaman, Chilehee, Tosh must quickly learn to follow the path, train in new totem powers, and be wary of psychic attacks. Eototo, the kachina chief, warns Tosh that another sacred mask of power is awakened. The time of cleansing comes. Chased by the FBI, hated by militants, and separated from his girlfriend (who is occasionally possessed by a spirit of righteous vengeance), Tosh knows he must stop the Destroyer mask and the Two-Hearts to heal Calvin, and he’s hopelessly outmatched. 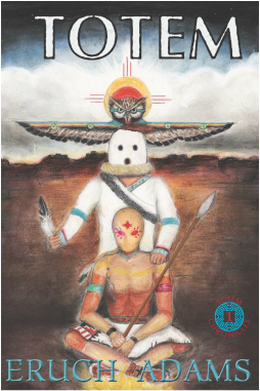 
Hopi Indians are called the “people of peace”, but they’re sitting on an ultimate weapon: a mask of power that lets the wearer tap into incredible forces of nature. They are also smart enough to keep it hidden . . . most of the time.

Tosh Cloudtree is a young Seattle art student who frequently dreams of a troubling future and lives in the shadow of his overachieving brother. Tosh is not a traditional Indian. He likes kung fu movies and comic books more than Hopi ceremonials and dances, but when a protest turns violent and riot cops nearly kill his brother, Tosh is forced to take refuge in a forgotten corner of the Seattle Underground: the secret base of a group of radicals who want to bring the US Government to its knees.  A bizarre shaman offers healing and maybe something more than the disenfranchised American Indians bargained for.

Tosh treads the warpath taking him to the brink of terrorism, but a mysterious White Buffalo Woman offers help before it’s too late. Bombs, visions, and escape home to Hopi Arizona leave Tosh shaken and unsure what’s real anymore.
Tosh’s grandfather weaves tales of ancient magical masks gifted by kachinas to protect the Hopi. All of their assumptions are tested as the peaceful Hopi are caught in a perfect storm of drug gangs, radical militant Indians, and the authorities of the US Government.

Tosh goes on an inner and outer journey to gather power and unlikely friends to defeat his enemies and prepare for his return to Seattle to rescue his comatose brother.
SEE TOTEM NOVEL PAGE                              In Paperback and eBook  Buy Here 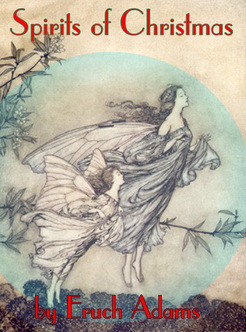 
Santa is the greatest wishing spirit, but he doesn't work alone. He employs a host of elves, fairies, sprites, and magical creature to read, interpret, and fulfill the deepest wishes of humanity. Twenty-two years ago Santa broke all the rules and allowed one clever boy to see him. It'll take two of Santa's fairy-sprite agents and 22 more years for Timmy Mars to realize what his physicist father's unfinished work really was and heal his own deepest sadness.

This is a story of magic, love, family, Christmas, and quantum physicists.
Warning: Some secrets of the Universe revealed herein.