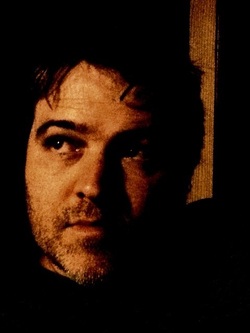 Eruch Adams was born to ex-hippies in New Mexico. The cord was wrapped around his neck thrice, some say, cutting off vital oxygen to the brain, but others argue this was the moment of his first epiphany, or “communion,” if you will, with the “other side.” The spirit world. He was able to see beyond the veil of gross matter. Perhaps met by a guide, call it an Angel if you must, and Eruch’s first question to this spirit being was, “What the fuck?” After the cord situation was resolved, the oxygen began flowing, and his family proceeded to move around the country no less than 17 times before he reached adulthood. In that time, there were travels to Europe and India, at the expense of school, grades, or any sense of belonging. Ironically, it was after one such exotic voyage that Eruch was asked to write a story for his high school newspaper about his recent trip to India, which ended up being a two-part epic that launched him into the world of writing with a casual fury. A glib concern. A totalitarian ease, that had nothing to do with his command of English grammar (he’d missed several key weeks of that.)

But dammit, he had passion, and a command of the English language that made some laugh, some cry, and the school principal sweat a few times.

After 14 years of writing short plays, in which there’s one day to write, rehearse, and perform—getting invited to take part in a 48 hour film competition seemed lackadaisically easy. It’s been all jazz-hands and jolly ranchers since, and turning the winning Touched By Angels short film into a feature length movie seemed the logical conclusion to a charmed project and a great crew. In between several other short films, a few awards, and various nuisancesom careers,  Eruch always returned to his novel writing.

Now in the mountains of North Carolina, Eruch has been writing and editing the first three installments of his novel series: TOTEM. Book one released in Jan 2015. This Native American modern supernatural / fantasy / sci-fi series is about the soul of Native America at the time of great tribulation and change that will either destroy them or give them back their home…or what’s left of it. The great cleansing is coming and one Hopi dreamer, has to find his tribe, his love, and himself before he can lead his people to a brighter tomorrow.